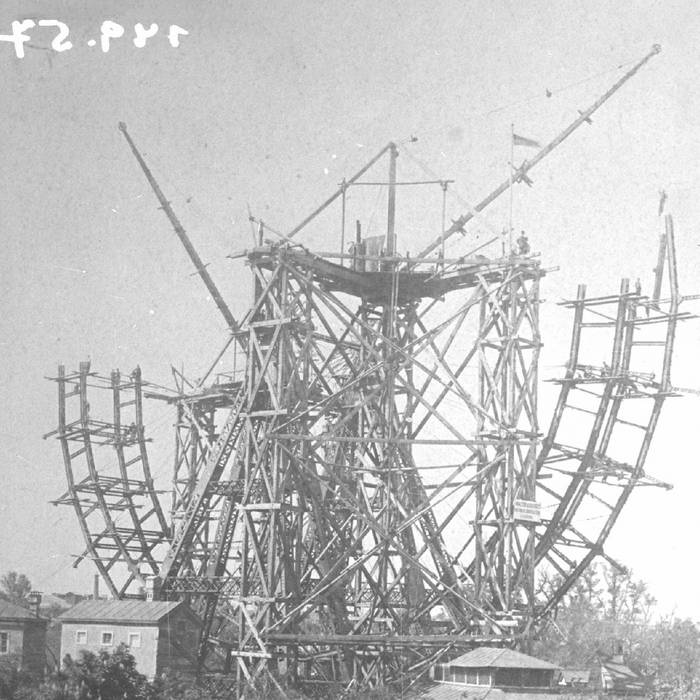 A fragmented sound portrait of Vienna constructed from found sounds, buried tapes and field recordings. In Magneto Mori sounds from Vienna’s past and present are conjoined in a stew of semi-degraded audiotape. Using a portable reel-to-reel tape recorder sounds from around the city were recorded direct to tape over a two-day period. This tape was then cut into fragments and buried in a hole in the ground with a number of souvenir fridge magnets that erased the portions of the tape that they came into contact with. After several days steeped in the muddy earth of a Viennese garden the remaining audio fragments were exhumed, washed, dried and spliced back together in random order. The deliberate distressing and erosion of these present-day recordings results in artificially degraded sounds that fast-forward the effects of time, disrupting the perceived chronology of this audio matter.

During the tapes interment, old cassette, Dictaphone and reel-to-reel tapes were gathered from local flea markets and additional field recordings were made around the city. The addition of these found sounds stretches the timescale from just the short period spent making location recordings to as far back as fifty years into the past. All of these elements provided the raw materials for a radiophonic composition that represents a portrait of Vienna in both place and time; an archaeological excavation of found sounds, lost fragments, buried memories and magnetic traces. Presented here are the sounds that endured…

Magneto Mori: Vienna was originally commissioned by Kunstradio for broadcast on ORF Ö1, Austria.
This is a reworked version created specifically for this release.
All recordings made or found in Vienna between October and November, 2018.
Produced with the support of Creative Scotland’s Open Project Funding Programme.